Before, when I was only a bit more naive than I am today, my loving parents would decide what was right and wrong for me, and of course that was perfectly fine, why would I wish for something different, anyway, like for example singing on the Moon?

I was a very obedient girl with wild ideas.

My dreams had no end. I was secretly hoping that one day I would grow up and finally do the things I wanted the way I wanted. There was nothing wrong with what I wanted, I was just creative, maybe surreal, but also logical. Being a musician on the Moon would require a lot of work. Or not. I tried. I studied Telecommunications Engineering and Music in the hope that I would one day work at NASA and become a sound engineer/astronaut going to the Moon and sing there. I had to drop my dreams on the second year of university because although Physics was my thing, Maths wasn’t. The good news is that Music WAS my thing. And oh boy, it was. Not only I was good at it, it became my whole reason of being, my love, my purpose, my life and death, my everything. I devoured all the Music books in the library. I actually think I read them all😁. So, I decided I wanted to be a world-famous singer (probably going to the Moon would have been more doable, if I had known better).

The first time I fell in love I was 5 years old. He was 6. I will never forget the way his dark eyes hit me and threw me to the ground, literally. And the way he pounced on me as we played the smurfs and he accidentally kissed me☺️. Coincidentally, there is actually a song I have sung many times that pretty much describes it:

Him and I went on to study in school together for 8 years. Imagine. The most important years of your life, seeing your love 5 days a week, 8 hours a day, much more than what couples spend together nowadays. For some sad reason unknown to me even today, he didn’t like me the way I liked him, despite his deep looks at me, the way he inflated his chest around me, or the way he smiled at me every time he scored a goal. So my fantasies, poems and songs gradually dissipated among tears as he went on to date an older girl. I still get chills down my spine when I see him today, even though he is married, with kids.

It was then when I started writing a daily journal. I was 12. Every. Single. Night. I would write my feelings, my dreams, my hopes with him. I wrote that journal until my early 30s. Something similar to what I do now here on this blog. Or songs. The only difference is that my feelings are buried in between the blurred curved lines of every letter and you can’t see them, unless you’ve been exactly on the same place that only hopeless passionate romantics know about.

As I grew up, I seemed to feel attracted to special, unusual boys who would become infatuated with me… and when I corresponded, they would run away leaving me at the edge of a cliff (that I’d usually fall off). It’s the intensity of it, apparently. This pattern repeated itself through my twenties, thirties… and now early forties. I would understand it if I was a man-eater, a nun (with all my respects to the good nuns out there), the Yeti, or a serial killer. But I am none of those. Maybe I should🤔.

Being a singer takes its toll. Men approach me having this idea of a fantasy girl who lives in a world of dreams they can get lost with (which is also true – to an extent), and when they see that I have thoughts and feelings (far from superficial), they just disappear leaving behind all their words and promises. Some even leave behind their wedding ring. Some would rather spend their money treating me with expensive things than opening their heart, mind or soul. “I am not ready”– it’s what they usually manage to say. Ready for what? 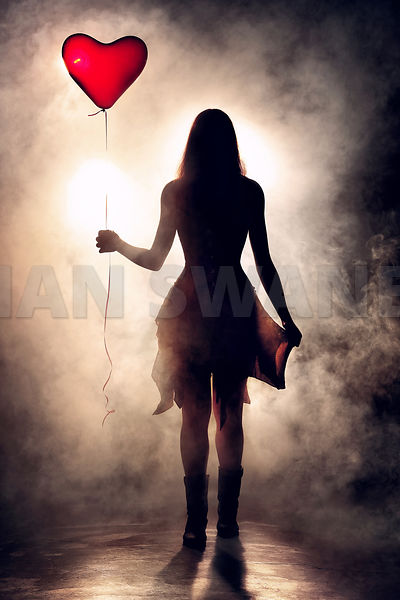 I am still that girl. Even sweet. I know she is there somewhere, hidden under the many layers of stone and steel that I had to dress up with if I didn’t want to perish in the grown up world I was so looking forward to belong to. Being little and free was so easy. Knowing that mum and dad would be there to cuddle me, give me sweet kisses and sing me sweet songs. Who would have thought that other children would have to cry on their own and pay the price as adults? Who would have thought that one or various of those kids would end up being my love partners?

I am only a little bit less naive than I was before. I can’t be otherwise. Even with all the falls, the deaths, the bruises, the heart rippings, for that is what life is about. I keep my secrets guarded, like the biggest treasures are kept, only to be open… if only once more. Just once more.