The random days that I feel in ‘low singing form’ because I haven’t had the time to warm up my voice, I so often find myself starting the gig with a few glitches and unwanted (involuntary, uncontrollable) sounds that disappear gradually as my core muscles warm up during the gig. This means that 15-20 minutes into the set, ‘clearing up’ the throat in the first songs (and thanks to technique) I am ready to bring about those high E’s and F’s in ‘mixed-chest’ register with the sole help of my abs, transversus abdominus, intercostals, obliques, latissimus dorsi and pelvic floor muscles – without having to vocalize previously! (isn’t that awesome?). Obviously this happens because my body is so used to surviving last minute singing emergencies that it has developed a fight or flight system. Thank the heavens for that! 😀 (Ideally, though, you warm up, don’t forget!).

So does this mean that oxygenated muscles (in aerobic metabolism mode) – due to the movement generated through: dancing, the excitement of good lyrics, the adrenaline of communicating with the audience, and the laryngeo-pulmonar effort of singing – are generating energy that makes the whole act of singing to improve/evolve by itself? YES. It clearly does. Not only that, but the voice also gets better and better the more you move/dance as you sing. The more oxygenated blood flowing through your body and vocal folds, the more agile their vibration. And don’t forget that deep breathing draws more oxygen into the blood and causes better circulation too! 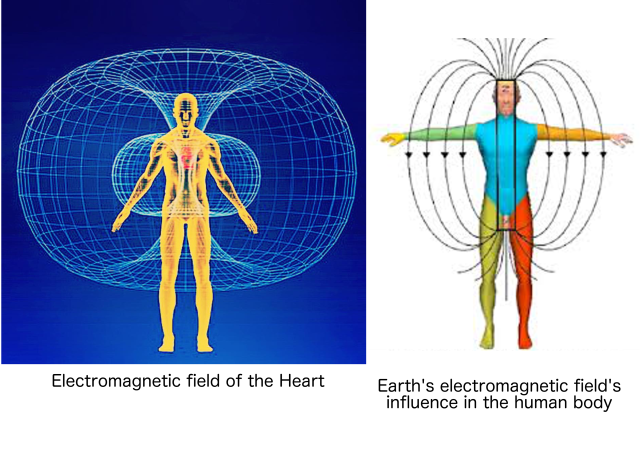 “There exists no definite border between the electromagnetic fields that are maintained in the body’s metabolism and those that exist in the environment.” – Dr. Neil Cherry (www.neuroresearchproject.com)

I suspect there’s also an emotional factor attached to this, I LOVE singing and I believe I connect with the ‘unseen’ when I do so. Call it ‘divine’ inspiration that we receive and transmit to others. We are messengers channeling the message (frequency) from one world to another, in our case through sound/singing. And this is why music has the power to bring about ‘ying’ where once there was ‘yang’. Musical frequencies alter your own body’s frequencies, and since all matter (incl. our body) is ultimately energy (i. e. frequencies), that’s the puzzle solved 🙂 (they sync or disrupt the pattern). On top of that, when music is sung… I believe it is even more powerful (energetically speaking) than if it was played by any other instrument (because of the ‘human soul’ element). Ahh… bliss 🙂

So there’s, without a shadow of a doubt, an emotional factor that improves the singing quality. Emotions imply some sort of low-moderate to moderate intensity cardio element (e-motions = energetic motions :-)) ; there’s a lot at play here: chemical reactions (hormones), heart rate and respiration increase, pupil dilation, the slowing down of the digestive and immune systems, perspiration…

“The endocrine system stimulates various glands, in particular adrenaline, which increases oxygen and glucose flow, dilates the pupils (so you can see better) and suppresses non-urgent systems such as digestion and the immune system. Excitement (arousal) increases the heart rate and breathing to enable physical action and perspiration to cool the body.” – Neil Patel (The Psychology of Excitement)

“What kind of an emotion of fear would be left if the feeling neither of quickened heart-beats nor of shallow breathing, neither of trembling lips nor of weakened limbs, neither of goose-flesh nor of visceral stirrings, were present, it is quite impossible for me to think… I say that for us emotion dissociated from all bodily feeling is inconceivable” – William James, 1893 (Psychology: p. 379)

With this I reinforce that Singing is a Cardio activity (it requires energy in all its forms to function). And since oxygen is its fuel, it’s also an Aerobic activity that gets better and better the more movement you give it. It feeds itself. No limits.